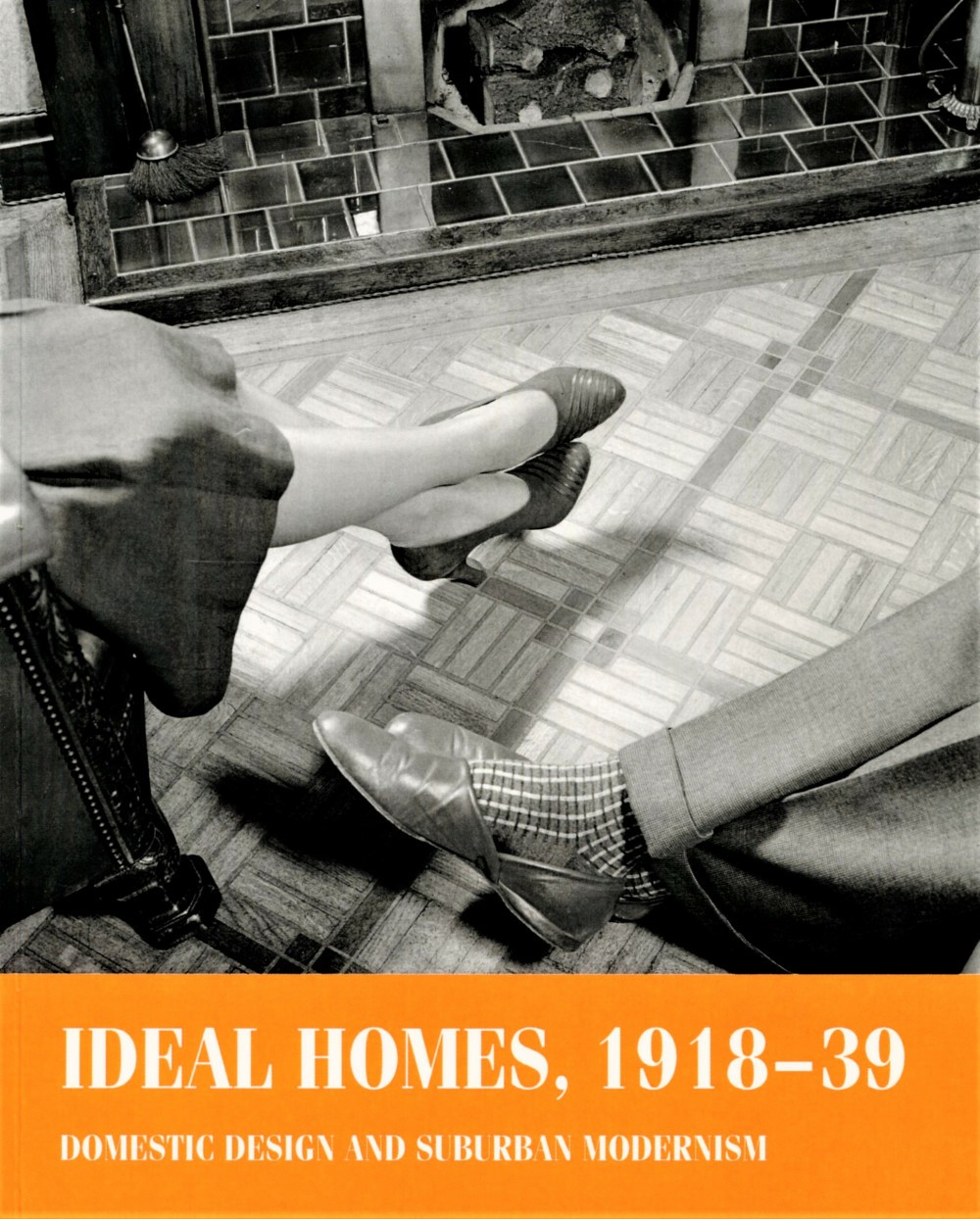 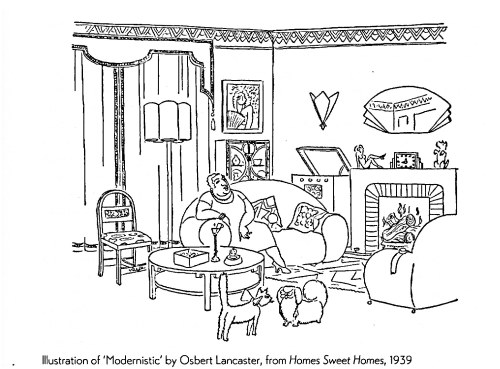 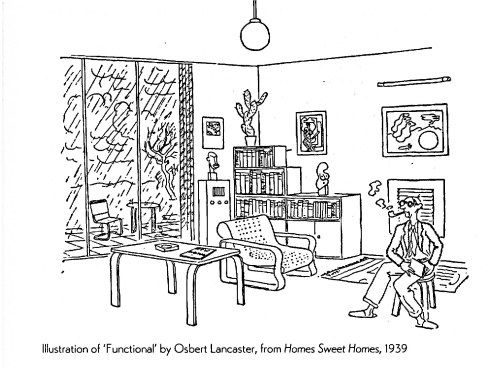 She is a consultant in A House Through Time, where she appears from time to time in her 1950s-style retro dresses. The Ideal Home is part of the new wave of design history that pays attention to everybody’s design preferences rather than writing the selective, progressive narrative typical of the older writers like Pevsner. 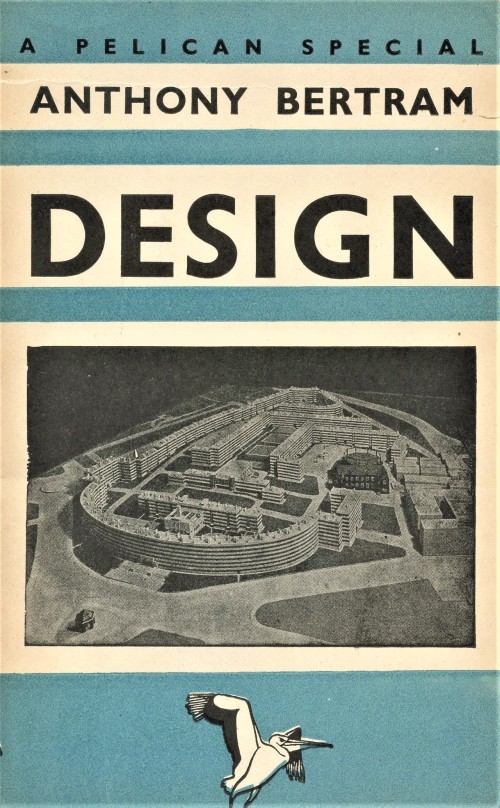 For The Ideal Home she has drawn on contemporary photos of houses and house interiors, home decorating magazines, estate agents’ brochures and the Daily Mail Ideal Home Exhibition, which illustrate what she calls “suburban modernism”, which is popular, eclectic and unconcerned with rules. It combines “moderne” or “modernistic” motifs (which came to be called Art Deco only in the 1960s) with labour-saving devices like carpet sweepers and gas cookers. Suburban modernism thrived in the semi-detached houses that were built in their millions in the 1930s during the period of falling house prices and easy mortgages that enabled many working-class families to become home owners for the first time. 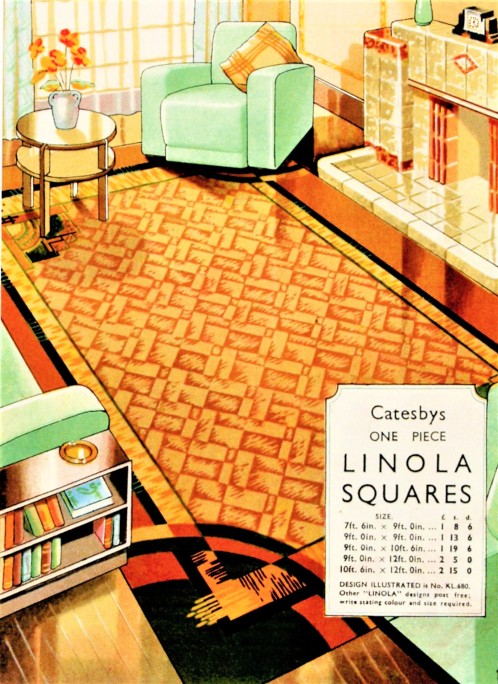 Moderne and mock-Tudor elements were mixed to create homes that were up-to-date yet comfortable and nostalgic at the same time. “Tudorbethan”, says Sugg Ryan, was an invented past expressing modern pride in the British Empire. 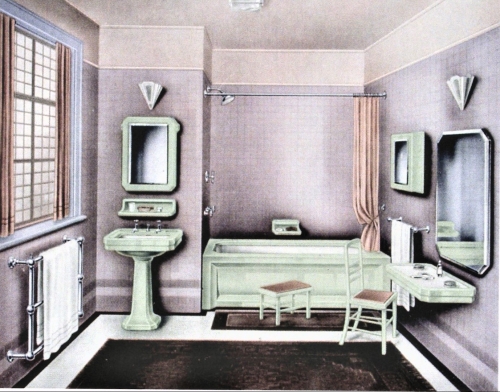 Needless to say, this sort of modernism was treated with contempt by design reformers. Tudorbethan was dismissed as “sham”, which implied that suburban houses expressed moral failings.

Osbert Lancaster (above) satirised both ascetic modernism and this comfy version of it. The journalist Anthony Bertram, whose Penguin book Design went through several editions, was also scathing about the Tudor semi. George Orwell famously poured scorn on the supposed mediocrity of suburban life in Coming Up For Air. D.H.Lawrence consigned it to the weak and effeminate. From the Arts and Crafts movement design reformers inherited a distaste for popular, cheap goods that they judged to be “commercial”. Intellectuals were dismissive of the preferences of the millions of people who lived in the suburbs.

Ideal Homes is a welcome corrective to the prescriptive design writing of the interwar period that found its strongest expression in Herbert Read’s Art and Industry, which I wrote about earlier.