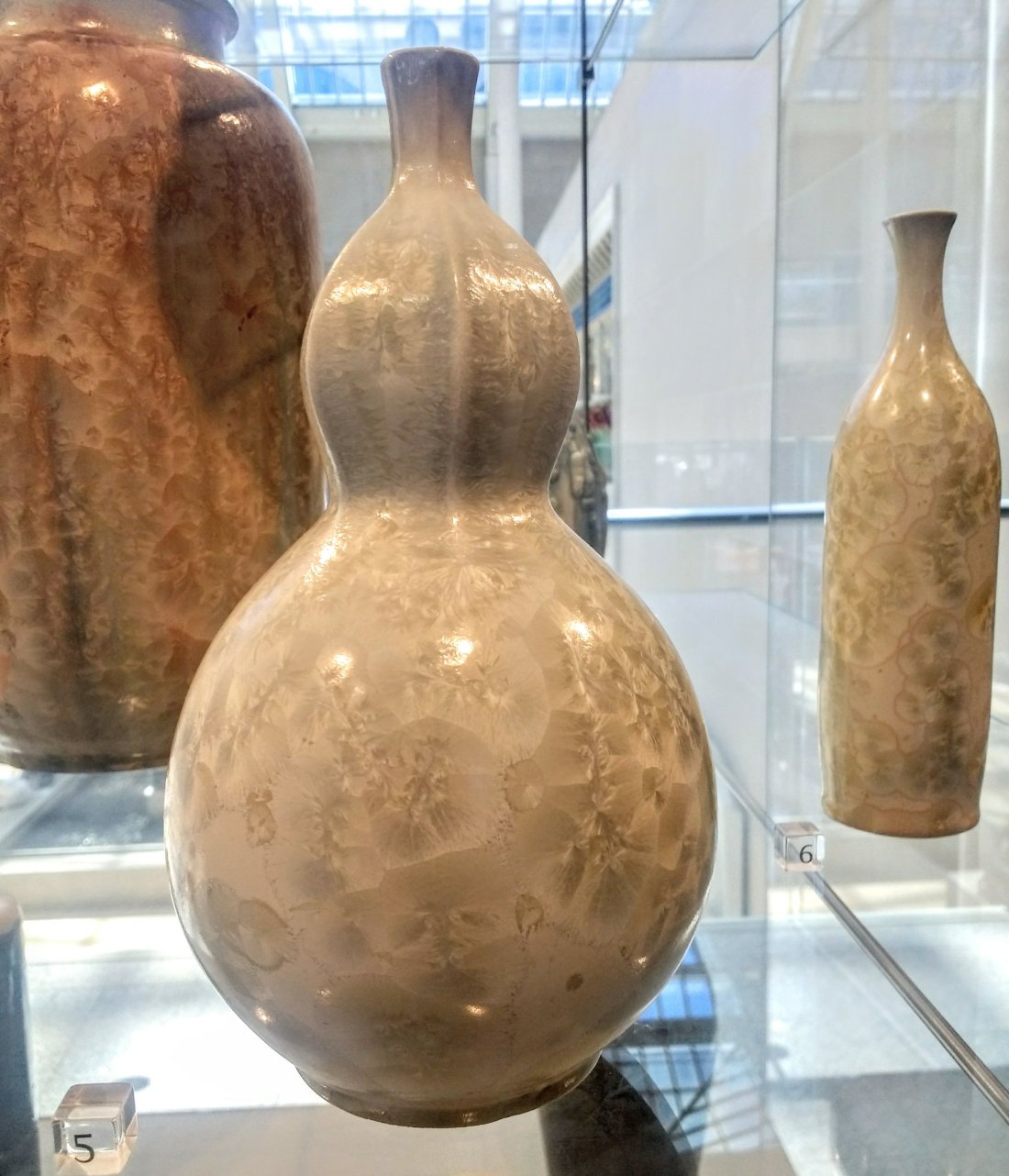 As I’ve discovered the work of early studio potters in the USA, I’ve come to realise that our account of studio pottery in the UK is parochial and that we have not acknowledged the innovations of the Americans, who were well in advance of us. British accounts nod to French potters, such as Chaplet and Bigot, but they ignore Charles Binns and Taxile Doat.

So I’ve been pleased to spend some time at the Met in New York looking at the superb Robert A. Ellison collection of American Art Pottery.

My picture shows a case of vessels with crystalline glazes made at the University City Pottery, Missouri around 1912-13, an early course for art potters. In the foreground is a double gourd by Doat. The large vase and the tall bottle on the right were also made there at about the same time. Doat began his career at Sèvres and was one of the first American studio potters. The term “studio pottery” is actually American, already in use at the time these subtle and beautiful pots were made.

The picture below shows Doat (far right) and his colleagues in 1910 at the City University Pottery.

At that date in the UK there was no such glaze experimentation in British art schools, except for W. B. Dalton’s private investigations at Camberwell, which were not shared with the pottery students there.