As readers of this blog will have realised, I’m researching how pottery was taught in British art schools in the 20th century.  Here’s a very, very brief overview.

Practical pottery in Britain was first taught by Richard Lunn at the Royal College of Art (1901-15), then at Camberwell College of Arts and Crafts (1908-15). Alfred Powell introduced pottery painting at the Central School of Arts and Crafts in 1906. Lunn’s and Powell’s inspirations were Arts and Crafts pottery, Iznik and Italian maiolica. W.B Dalton, head of Camberwell College, was a grand feu, East-Asian stoneware inspired potter but he left teaching to Lunn. The grand feu ceramics of Dalton and Bernard Moore in Britain, Charles F Binns and Taxile Doat in the USA, and Ernest Chaplet, Auguste Delaherche and Alexandre Bigot in France – the progenitors of studio pottery – were of little interest to Lunn and Powell.

The USA was ahead of Britain. Binns taught grand feu ceramics at the New York State School of Clay-Working and Ceramics from 1900, and Doat introduced it to the Art Academy and Porcelain Works at St. Louis, in 1909. “Studio pottery” was an American term, first used in a review of Binns’s The Potter’s Craft in Keramic Studio in 1910. (If anyone can find an earlier use of the term, I would be grateful for the reference.)  Studio pottery was not taught in a British art school until William Staite Murray was appointed to the Royal College of Art in 1925.

Bernard Leach’s view of craft training was similar to that of C.R.Ashbee, who advocated workshop training and wrote Should We Stop Teaching Art? (The answer was that art schools should be converted into subsidized craft workshops.) Leach said, “The greater part of art school training does more harm than good,” and the studio pottery movement in Britain developed an anti-art bias. Leach’s apprentice system, central to his craft philosophy, was, however, problematic. Most studios were too small to support unproductive staff: apprentices were never paid much and some actually had to pay for their training. The employment of schoolboys, which was tried for a while, did not work. The apprentice system was unsustainable and so there emerged a pattern of potters getting rudimentary skills in art schools and then going into workshops. By the 1970s, Britain had almost forty full-time art school courses in ceramics.

In the 1930s the Central School had flirted with industrial training, but the students did not want to go into industry, and certainly not to Stoke-on-Trent. The Second World War changed everything. The Central had been bombed and evacuated and in 1945 pottery had to be started from scratch. Dora Billington had taken over as chief instructor with Gilbert Harding-Green as her associate. They became the leading school for art-led ceramics. In 1947 the Central had a dynamic new principal, the painter William Johnstone, who introduced modernism into the fine arts, industrial design in place of crafts, and Basic Design (a Bauhaus-type training) for all disciplines. Out of deference to Billington, who would not countenance industrial design, the pottery course remained craft-based. 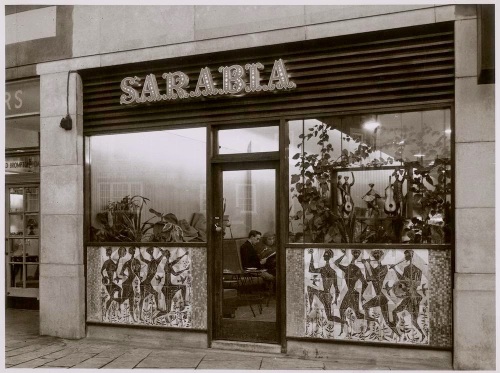 The post war optimism, Johnstone’s reforming zeal, the introduction of modernism and Basic Design, and the need to rebuild the pottery department, all contributed to the ethos of Central ceramics. Picasso’s ceramics, first shown in Britain in 1950, also exerted an influence. By 1951 – Festival of Britain year – Billington had put together the team that would define the “New Look” in ceramics at the Central: Harding Green as her loyal lieutenant, Richard Bateson, a country potter with an extraordinary command of throwing, and two young potters, William Newland and Kenneth Clark, who were outside the Leach orbit. Billington’s approach to teaching was to get the student to discover what he or she wanted to do, give them the means to do it and then make them work very hard. She insisted on high standards, but she did not think there was only one standard.